The new GMAT exam will now be 30 minutes shorter, down to 3.5 hours. This change will take effect on April 16, 2018. One of the main turn offs for prospective test takers were the long 4 hours they had to endure. 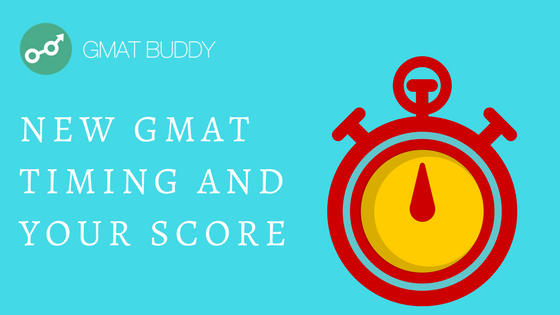 This will remain relatively unchanged on the new gmat timing. You will continue to have 2 min per Quant question and just under 2 min per Verbal question.

Why the sudden change?

One of the main problems most test takers faced was test anxiety and fatigue. This new format aims to make the GMAT a more attractive choice and less stressful experience for test takers. This is especially important for the GMAT as the GRE has been creeping up on the GMAT’s traditional MBA candidate pool, as more and more students now consider the GRE as an alternative. Business schools have been increasingly accepting the GRE as an alternative to the GMAT, which is more expensive and presents a frustrating challenge to many MBA candidates with great potential. So more than anything, this recent sudden change is probably to defend the GMAT’s traditional MBA turf or may be a move on GRE’s traditional pool of candidates aiming for a general post-grad education.